Home > Magazine > Staying behind the wheel of mobility

Staying behind the wheel of mobility

In the next few decades, miles traveled will increase faster than sales of light-duty vehicles due to the as-a-service business model growing in the automotive industry at lightning speed. Consumers are ready to embrace mobility, and this update to personal transportation is changing traditional manufacturing. We are entering the most exciting yet challenging era since the invention of the automotive.

The race for innovation is extremely complex

Traditional car manufacturers now must partner with tech companies, compete with GAFAs, market products faster, and monitor consumer desires more than ever. Automotive manufacturers must be aware of every innovation and have solutions at the ready for both internal combustion engines and electrification. Agile and reliable partners across various disciplines are the only way for them to stay behind the wheel of new mobility challenges.

The global As-A-Service market will grow at a compounded annual growth rate (CAGR) of nearly 40% by 2020. It is no surprise that this business model also applies to personal transportation. Mobility-As-A-service (MaaS), is discussed on every agenda of automotive forums and conferences. The market shows impressive acceleration and consolidation, while also considering increasing and varied consumer needs and budgets. This acceleration is remarkable, considering market capitalization and estimating valuation comparisons between automakers and mobility/ride-hail entrants. New entrants, such as Uber or Chinese Didi Chuxing, are surpassing traditional car manufacturers such Ford or Nissan in this MaaS field.

Global as-a-Service market will grow at a compounded annual growth rate of nearly 40% to 2020.

The idea of car ownership is changing, thanks to the wide array of options. From ride-hailing to rentals and car sharing, the ramifications of this trend continue to resonate. IHS Markit experts call it “the great automotive paradox”: a significantly wider use of cars and miles coupled with a slowdown in personal cars purchases. One scenario predicts the MaaS industry will purchase more than 10 million cars in 2040, compared to 300,000 in 2017. In addition, autonomous driving adds a new level of complexity to forecasting, “blurring the line between business model and use case.”

Keeping an eye on 2040, automotive producers must also manage great deal of uncertainty for the short and mid-terms.

In the race for innovation, tech companies have emerged both as partners and competitors. The arrival of new players from Silicon Valley was certainly not anticipated, especially in an established market with a high cost of entry. For autonomous vehicles, the market is expected to be at 10 trillion by the early 2030s, and platform providers like Google or Tesla could take 20 percent of it. These tech companies are spearheading most mobility innovations in terms of technology and usage.

According to an analyst at ARK Invest, the automotive industry will go through “severe consolidation” over the next ten years, and if carmakers do not establish successful electric and autonomous platforms, many of them will disappear.

Government mandates are increasing across the globe, for various reasons. Concerned with air pollution and interested in the economic impact, China has quickly adopted electrified vehicle technology. Incentives to make electrified vehicles more affordable in China has helped this market surpass the U.S. as the world’s largest in 2015. Today, electrified vehicles represent only 1% of the 28 million Chinese cars sold; however, the Chinese government wants 5 million electric cars on the country's roads by 2020.

For autonomous driving, Chinese consumers are twice as likely as Americans or Germans to trust the technology. A study conducted by TÜV Rheinland addresses the two main technology concerns: 1) safety on the road, and 2) security as it relates to personal data protection. The results show that while consumers may be willing to trust self-driving cars, automakers will also need to earn their trust with data security, an aspect that few car manufacturers had to consider ten years ago.

Preparing for every scenario

Before the roads teem with electric self-driving cars, the short-term competition and evolution of combustion engines and electric power trains is a major question for many car producers. The IHS study on the future of automotive establishes two divergent scenarios for 2040.

In the first, electric vehicles are mainstream, but not yet leading the market. Internal combustion engines remain competitive but lose market share. Personal car ownership still accounts for the majority of car sales and acceptance of autonomous vehicles is slow.

This study does not value one scenario over another, but rather emphasizes the need for agility and partnerships. Jaguar CEO, Ralf Speth stated in a recent interview about autonomous driving - “Nobody can do it on their own.”

“Nobody can do it on their own.”  - Jaguar CEO, Ralf Speth

No one can do it alone: Agility and cross-expertise needed

OEMs must make a paradigm shift. According to Daimler, an innovation leader, this shift necessitates deeper, cross-linked thinking. It also requires interdisciplinary and unified models to handle the development complexities. 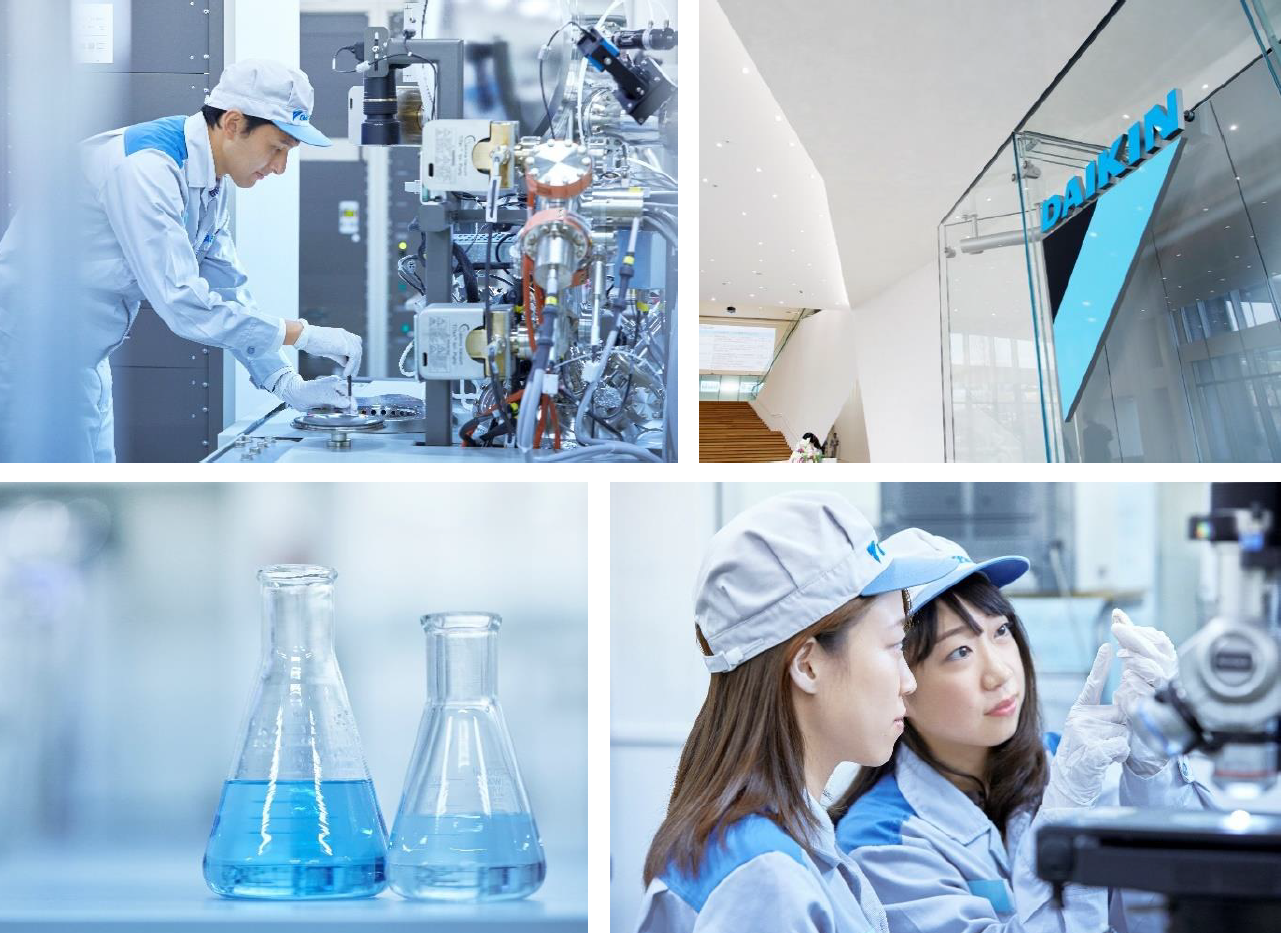 Established in 2015, Daikin Technology and Innovation Center in Osaka is a pillar of innovation. This impressive center gathers 700 engineers with varied areas of expertise, allowing for collaboration. San Jose office was established in 2017 to strengthen research around IoT and AI, and Daikin Automotive Innovation Center in Detroit was opened in 2017 to enhance automotive partnerships.

The challenges in the next decade of transportation are illustrated by the sheer number of scenarios - consumer acceptance of the next big thing and the prominent roles of tech companies, GAFAs and START-UPs.

Staying behind the wheel of mobility requires automotive engineers to find partners that truly eneble agility.

OPTOACE is a distinctive fluorochemical coating solution that has excellent moisture-proofing properties.